Hundreds of thousands of people have read articles and seen videos on the internet dealing with the pyramids of Egypt having been constructed from geopolymer concrete. The arguments of the opponents are always based on the same papers written by American geologists, published 15 to 30 years ago. The most cited study shown in the videos at YouTube is the analysis carried on the “Lauer Sample” by the American petrologist D. Jana, published in 2007. It is time to put an end to this pseudo-science.

What is the Lauer sample?

The controversy concerns the analysis performed on a sample of the Great Pyramid of Cheops entrusted to me by the eminent French Egyptologist Jean-Philippe Lauer in 1981, and on which I have made analyses, publications and conferences. It is defined in the literature under the name of the “Lauer sample”. It is a piece of interior casing of the pyramid, made of limestone material, covered with a white man-made coating of calcium phosphate (hydroxyapatite) 1 mm thick and a red-brown iron oxide paint. See photo of the original Lauer sample from 1982 in Figure 1. 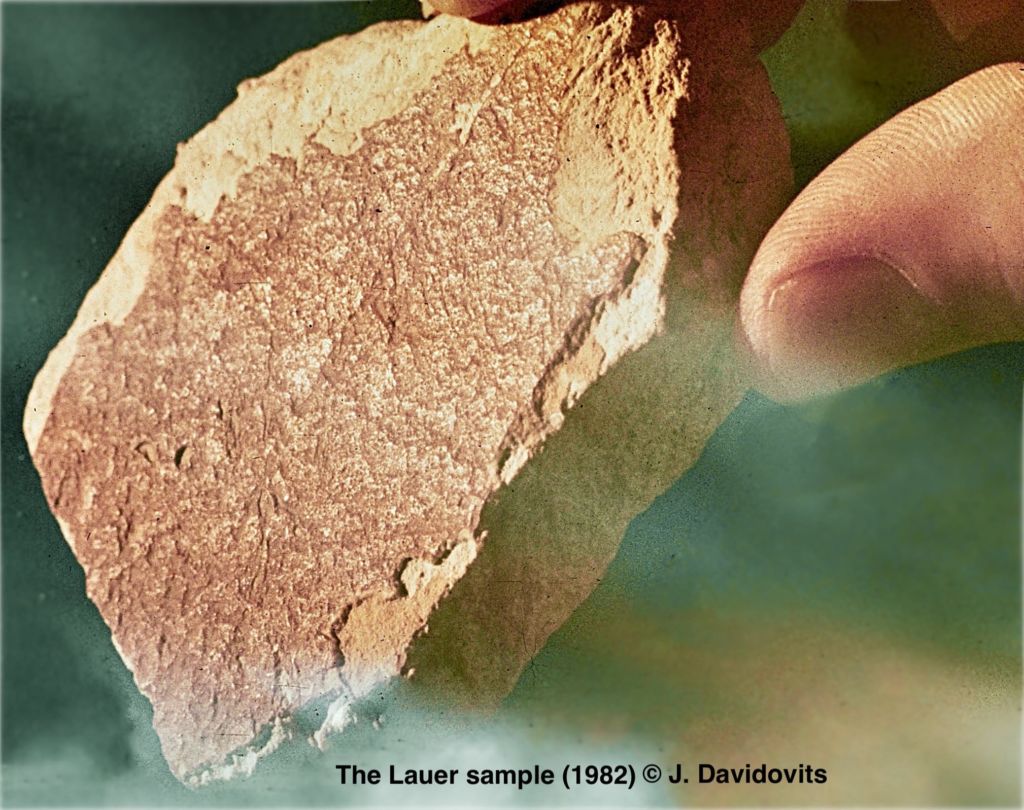 Parameters for authenticating the true Lauer sample include its 4500-thousand year-old white coating and red-brown paint, and its dimensions.

In 2007, petrologist Dipayan Jana, of CMC-Materials Inc., in the USA, presentes a paper at the 29th ICMA Conference in Quebec, Canada, titled “The Great Pyramid Debate” and later publishes his information in the Proceedings of the 29th Conference of Cement Microscopy, Quebec, Canada, May 20-24 (2007), pp. 207-266. He critiques my scientific findings as well as those of my colleagues, Materials Scientist M. W. Barsoum et al., Microstructural Evidence of the Reconstituted Limestone Blocs in the Great Pyramids of Egypt, Journal of the American Ceramic Society, 89 (12), 3788-3796 (2006)]. Here I will show the fatal flaw in D. Jana’s said work.

Why did D. Jana test a fake sample instead of the Lauer sample?

D. Jana receive a piece of the “Lauer sample” from the American geologist specializing in the quarries of ancient Egypt, James Harrell, now Emeritus Professor at the University of Toledo. J. Harrell is a geologist opposed to the theory of agglomerated stone; we sent him in 1993 the Lauer sample and his conclusions were obviously the opposite of those of our team of scientists. He returns what he claims is left of it, a severely damaged sample. However, years later, in 2007, he provides a sample of what is supposedly remnants of the Lauer sample to D. Jana. Thus, Jana calls the Lauer sample the “Lauer-Harrell” sample in his study published in the Proceedings (Figure 2). 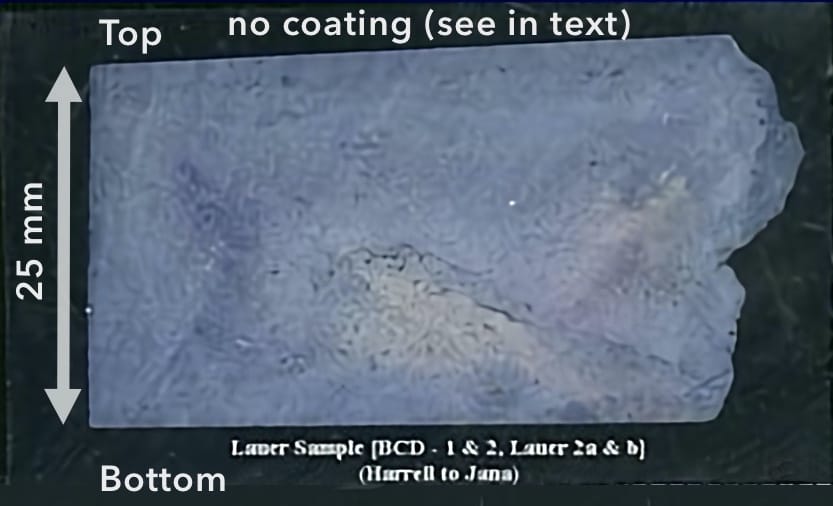 In the Proceedings, at Page 213, he writes :“The Lauer-Harrell was a solid 25 × 45 mm sized, blue epoxy impregnated saw-cut section of a piece, larger than the Lauer-Campbell sample…”

However, the original thickness of the Lauer sample is 15 mm (see in Figure 3). In contrast, the “Lauer-Harrell” sample supplied by Harrell to Jana is 25 mm thick.

By deduction, the thickness of Jana’s sample proves that it could not have been the authentic Lauer Sample. 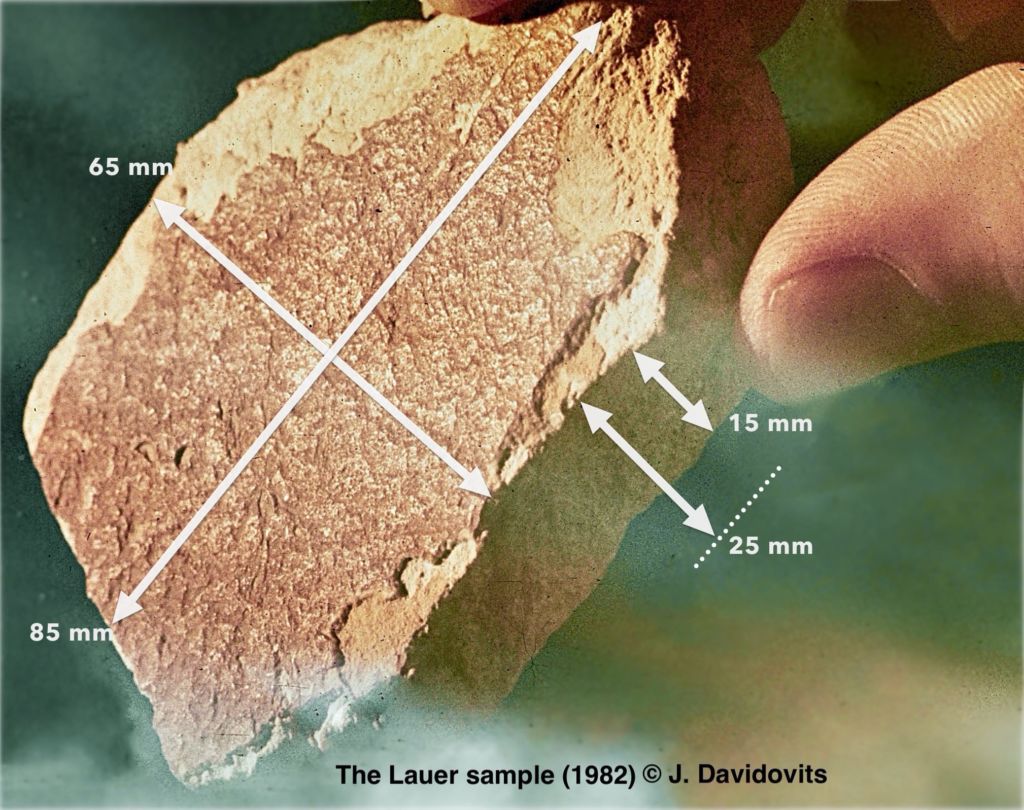 Figure 3: The thickness of the genuine Lauer sample compared with the sample studied by D. Jana.

In D. Jana’s study, there is no coating. So, is this a FAKE?

Jana observes that the sample he has received from Harrell does not exhibit the distinctive coating of the Lauer sample. The coating is a critically important distinguishing trait that characterizes the authentic “Lauer sample.” Jana mentions three times, pages 213, 229 and 255 of the Proceedings, on the non-compliance of the sample with the scientific literature. Despite the doubt, and despite the sample mysteriously and impossibly growing 10 mm in thickness, he continues his studies claiming that the Lauer sample is natural limestone.

So:
– Page 213: “Neither piece contained the white coating or the red paint that was originally mentioned by Davidovits, which was reportedly (by Harrell) accidentally removed during the preparation of the thin section”.
– Page 229: “Although the actual “coating” was not present in the Lauer sample of this study (reportedly accidentally removed…)”.
– Page 255, legend of Figure 15: “Despite the absence of this“ coating…”.

J. Harrel published a study in 1993 on this white coating (see in the Proceedings the Figure 15 at Page 255), but in 2007 he sent D. Jana a different piece of limestone not covered with this characteristic coating, calling it nonetheless the “Lauer Sample”.

It is hard to imagine a competent, skilled geologist accidentally removing the coating from the Lauer sample when preparing a thin section of it. The coating is very firmly welded to the stone and does not flake off. It is not a paint, and the impregnation of blue epoxy is used to prevent such accidents. J. Harrell has made too many thin sections in his professional life to destroy a major archaeological sample. If it does not have its characteristic coating, its origin is doubtful.

CONCLUSION: The most logical explanation is that the sample D. Jana studied was a piece of natural limestone from Egypt’s Tura quarry 25 mm thick (instead of 15 mm) without the white artificial coating of calcium phosphate.

It is therefore a forgery. Jana’s study of the rock passed off as the “Lauer Sample” can no longer serve as a reference. Jana is, therefore, obligated to retract his paper in good conscious, and Harrell must explain or accept responsibility for his actions.